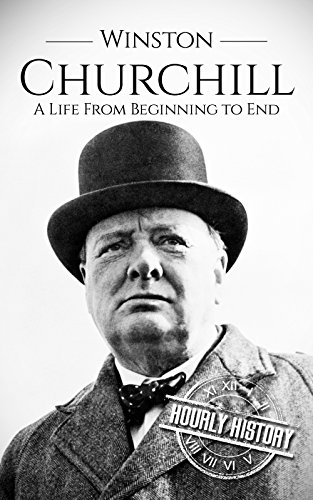 The man that the world knows as Winston Churchill looms large on the stage of world history. Like some sort of colossus from antiquity, Churchill strides between two major epochs in the world, one foot planted in the glory days of the British Empire when the sun never set on history’s largest known conglomeration of imperial holdings and the other planted firmly in the aftermath of World War Two, and a post-war order that saw that empire collapse, with Britain barely hanging on to its own sovereignty in the wake.

Inside you will read about...

✓ Love and War
✓ Courting the Americans
✓ The Allies Show their Teeth
✓ Preparing for the Post-war World
✓ Wrestling the Reins of Power
✓ Churchill’s Hiatus
✓ The End of an Empire
And much more!

With the Iron Curtain descending over Europe, Churchill was the first to raise the alarm bell that signaled the start of the Cold War. Churchill was a master at the helm, navigating his country and to a much larger extent the world through some of its darkest hours, even while he battled some of his own personal demons of depression and doubt. Follow along as Churchill guides us through uncharted and uncertain waters through the sheer power of his own pugnacious pizzazz.