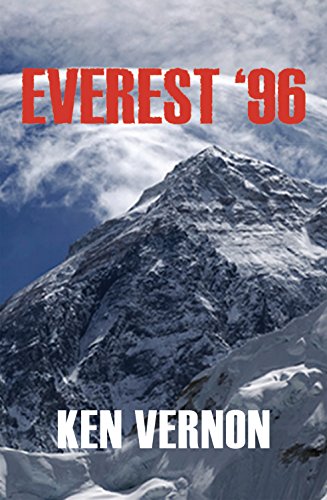 The highest mountain on the planet brings out the best in people – and the worst. We usually only read about the best - about the bravery, the courage and the sacrifice of mountaineers who risk life and limb to achieve excellence for themselves and others.

But there are other mountaineers – the charlatans, the conmen, the bullies, the petty-minded and narcissistic - who prefer to sacrifice others to their obsession to reach the top of Mt. Everest.

This book is about one of the worst!

In 1996, the deadliest year in the history of climbing Mt. Everest, both types were on the mountain. But in a cruel twist of fate the good guys died while the bad guy not only reached the top, but lived to prosper from it.

In a piece of pains-taking forensic journalism Ken Vernon delves into the guts of one dysfunctional expedition that, despite being supported by the iconic Nelson Mandela, became an international laughing stock.

Everest ‘96 also peels back the layers of deception surrounding the fantastic past of the man who became the most reviled in mountaineering lore.

Ken Vernon is an Australian journalist with decades of experience covering stories ranging from the African wars of Independence to the climbing of Mt Everest.